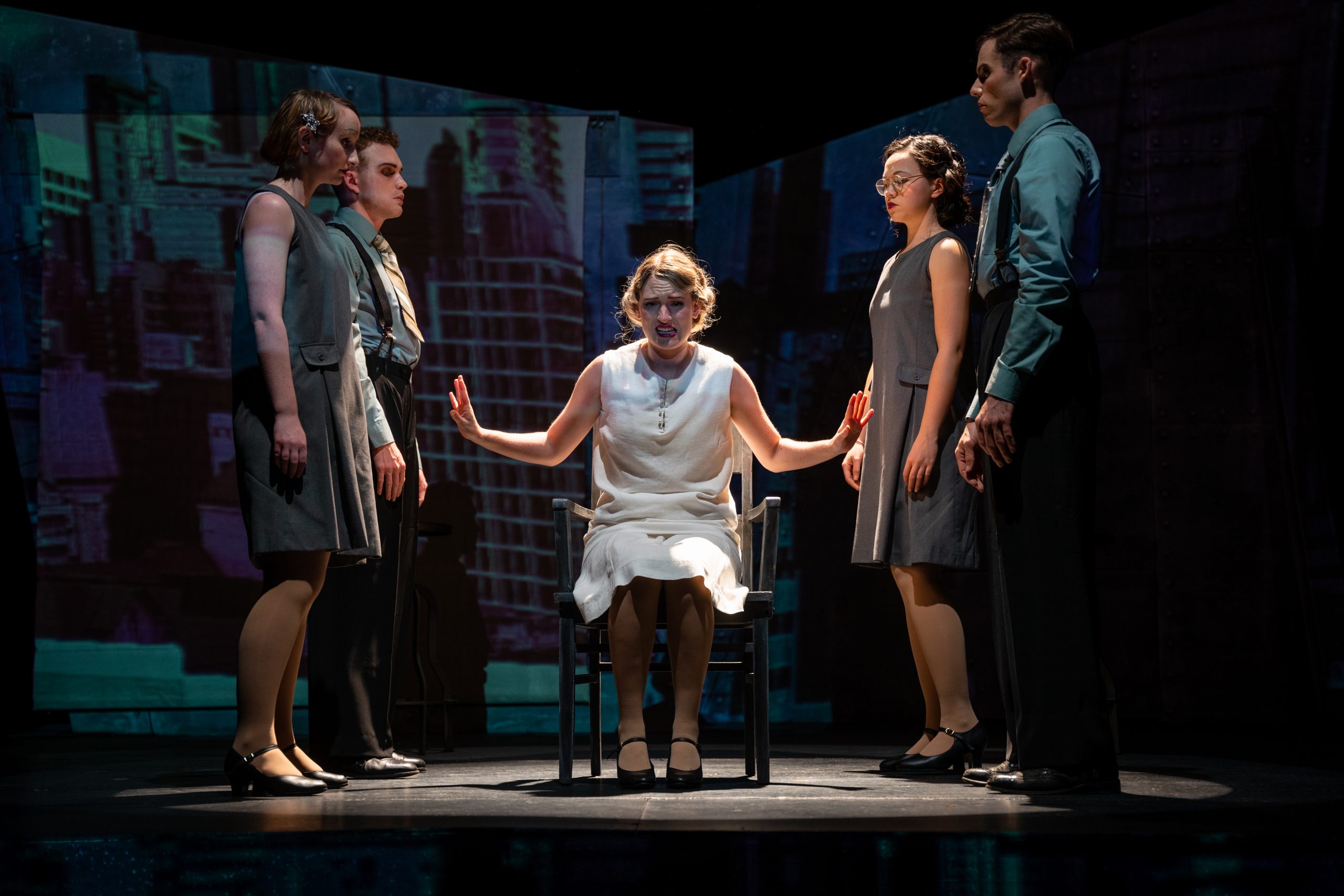 Posted at 00:49h in News by kstarcher

Machinal is a play that was written in 1928 by playwright and journalist Sophie Treadwell. Her expressionistic masterpiece was inspired by a real life story that took place in 1927 in the United States.

As movement choreographer and director for this play, I was immersed into the theatrical genre of German expressionism. The dialogue of Treadwell’s Machinal is staccato, super fast-paced, and filled with clichés and repetition. The plot of this story consists of 9 episodes, where each episodic scene represents the main character’s journey. (episodic scenes are also characteristic of the expressionistic style).

I approached the physical theatre by creating distortion, exaggeration and nuance, and counterpointed these by the revealing of deep underlying, raw, intense emotions.

I could not have asked for a better cast. The actors were powerful, open-minded, creative and so generous.

I would do more of this again, in a heartbeat.